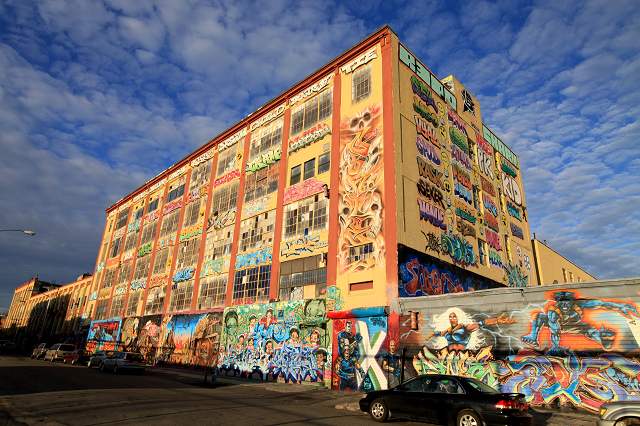 Copyright law protects artists from having their creations used without their permission.  Copyright law throughout the world is relatively standard because many nations have adopted treaties such as the Berne Convention and the World Intellectual Property Organization Copyright Treaty.   The laws each nation uses to implement these treaties vary slightly but the fundamental spirit of the laws are the same.

The Berne Convention requires member states to implement laws to protect the moral rights of an artist. To comply with this requirement the United States Congress passed the Visual Artists Rights Act (VARA) in 1990.  The statute grants visual artists certain “moral rights” in their work. See 17 U.S.C. § 106A(a).

VARA exclusively grants authors of works that fall under the protection of the Act the following rights: (1) right to claim authorship; (2) right to prevent the use of one’s name on any work the author did not create; (3) right to prevent use of one’s name on any work that has been distorted, mutilated, or modified in a way that would be prejudicial to the author’s honor or reputation; (4) right to prevent distortion, mutilation, or modification that would prejudice the author’s honor or reputation.  VARA grants artists the right to prevent destruction of their work if that work has achieved “recognized stature” and that protection remains with a work even after it is sold. Id. § 106A(a)(3)(B). Under §§ 504(b) and (c) an artist who establishes a violation of VARA may obtain actual damages and profits or statutory damages, which are enhanced if the artist proves that a violation was willful.  In most instances, the rights granted under VARA persist for the life of the artist.

The rights associated with VARA can lead to confusion because they are stronger than the general rights granted by copyright law and VARA only applies to works that have achieved “recognized stature”.  To help understand how VARA applies to the real world it is helpful to study case law.

This case begins in 2002, when Defendant undertook to install artwork in a series of dilapidated warehouse buildings that he owned in Long Island City, New York.  Defendant asked Jonathan Cohen, a distinguished artist, to turn the warehouses into an exhibition space for artists.  The type of art that Cohen curated at Defendant’s warehouse is generally known as graffiti, however the court refers to Plaintiff’s as “aerosol artists” to distinguish the Plaintiffs from the negative stereotypes associated with common graffiti. Under Cohen’s leadership, the site, known as 5Pointz, evolved into a major global center for aerosol art. It attracted thousands of daily visitors, numerous celebrities, and extensive media coverage.  Some aerosol art was permanently displayed while other works were temporary.

In May 2013, Plaintiffs learned Defendant planned to demolish 5Pointz and erect luxury apartments.  Plaintiffs successfully petitioned the district court for a temporary restraining order preventing the demolition of the building.  The night that the temporary restraining order expired, but before the court issued an order for a preliminary injunction, Defendant began demolishing the building.  Plaintiffs attempted to remove art from 5Pointz but Defendant’s workers denied them access.

At trial the district court found that 45 of the “aerosol art” works had achieved recognized stature, that Defendant had violated VARA by destroying them, and that the violation was willful.  The district court developed a detailed record of evidence on which it based its opinion.   The court was not able to discern the actual value of the destroyed artwork, so instead the court granted statutory damages of $150,000 per work which totaled $6.75 million.  Defendant appealed this verdict to the Court of Appeals for the Second Circuit.

THe primary question on appeal was whether the works at 5Pointz were works of “recognized stature,” thereby protected from destruction under § 106A(a)(3)(B). The Second Circuit held that a work is of recognized stature when it is one of high quality, status, or caliber that has been acknowledged as such by a relevant community.  This means that expert testimony or substantial evidence of non-expert recognition will generally be required to establish recognized stature.  The Second Circuit found that the fact some of the art was temporary and that Plaintiffs knew 5Pointz may be demolished in the future did not preclude the aerosol art work from VARA protection.  The Second Circuit affirmed the district court’s decision because it concluded that the district court’s findings were supported by a vast amount of evidence, and there was no error in the way the law was applied to that evidence.