Can you patent a dice game? IN RE: MARCO GULDENAAR 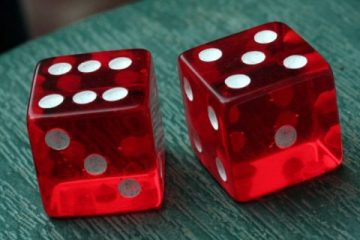 Can you patent a dice game? IN RE: MARCO GULDENAAR

One of the primary things that a patent application must demonstrate is that an invention is the type of subject matter that can be protected by a patent.  In the United States certain subject-matter is excluded from patentability, even if the invention is novel and non-obvious.

Section 101 of Title 35 U.S.C. sets out the subject matter that can be patented: Whoever invents or discovers any new and useful process, machine, manufacture, or composition of matter, or any new and useful improvement thereof, may obtain a patent therefor, subject to the conditions and requirements of this title. The United States Supreme Court has long held that laws of nature, natural phenomena, and abstract ideas are not patentable.  Abstract ideas, including a set of rules for a game, may be patent-eligible if the claims contain an inventive concept sufficient to transform the claimed abstract idea into a patent-eligible application. However, merely appending conventional steps to an abstract idea is not enough for patent eligibility.

IN RE: MARCO GULDENAAR HOLDING B.V., 2017-2465 (C.A.F.C. 2018) is a case which deals with a dice game being denied a patent because it lacked inventive concept.  Marco filed a patent application, entitled Casino Game and a Set of Six-Face Cubic Colored Dice, the invention related to dice games intended to be played in gambling casinos, in which a participant attempts to achieve a particular winning combination of subsets of the dice.

The patent examiner at the United States Patent and Trademark Office rejected several claims of the patent application as being directed to patent-ineligible subject matter under § 101. The examiner concluded that the claims were directed to the abstract idea of rules for playing a game, which fell within the realm of methods of organizing human activities.  The examiner also concluded that the claims were unpatentable for obviousness in view of U.S. Patent No. 4,247,114 (Carroll) over matters old and well known to dice games, applying the printed matter doctrine. Marco appealed this rejection to the Patent Trial and Appeal Board, which affirmed the patent examiner’s decision.  Marco then appealed to the Court of Appeals for the Federal Circuit.

On appeal Marco argued that the dice had unique markings, which were not conventional, and that the markings made the invention significantly more than an abstract idea.

The Federal Circuit affirmed the decision of the Patent Trial and Appeal Board.  The Federal Circuit affirmed the decision because the claims of the patent application were directed to the abstract idea of rules for playing a dice game and the only arguable inventive concept relates to the dice markings, which constitute unpatentable printed matter.

Can you patent a dice game? IN RE: MARCO GULDENAAR was last modified: January 7th, 2019 by emc_uspatentlaw