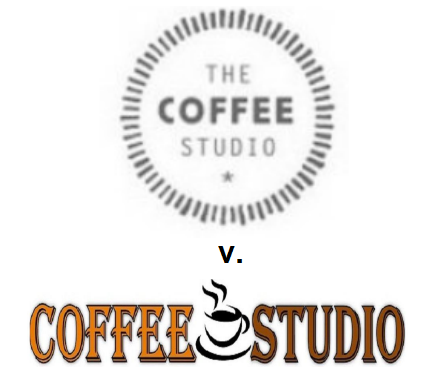 A senior user may petition the United States Patent and Trademark Office to cancel a registration on the basis of prior use pursuant to Section 14 of the Trademark Act, 15 U.S.C. § 1064.  In a cancellation proceeding, to establish priority on a likelihood of confusion claim brought under Section 2(d) of the Trademark Act, a senior user must prove that, that it owns a trademark previously used in the United States and not abandoned.” Trademark Act § 2(d). A senior user may establish its own prior proprietary rights in a trademark through actual use, use analogous to trademark use, or an earlier constructive use date.

THE COFFEE STUDIO, LLC v. REIGN LLC ,Cancellation No. 92066245 (TTAB 2020) is an example of a case where a senior user successfully canceled a trademark registered to a junior user.

This case begins when the Petitioner applied to register its trademark (application Serial No. 87329530) in 2017 for Coffee shops and Coffee bars.  Petitioner’s trademark is reproduced above on the top.  The application was refused by the USPTO based on a likelihood of confusion with the trademark Registration No. 4636498, which is owned by the Respondent.  The ‘498 Registration is reproduced above on the bottom.

Because of the refusal, Petitioner filed a petition to cancel the ‘498 registration based on priority.  The ‘498 Registration was issued in 2014 and claims a first use in commerce date of 2012.  The Petitioner introduced evidence that it has begun using the trademark in 2006, well before the Respondent’s claimed first use.

The Trademark Trial and Appeal Board began its review of the petition with an analysis of whether there was a likelihood of confusion between the two trademarks.  The TTAB used the Dupont factors in its analysis.  The TTAB determine that the two trademarks were almost identical, that both businesses focused on the same market and that consumers exercised limited care when making a purchase.  Based on these findings the TTAB determined that there was a likelihood of consumer confusion.

Turning to priority, Petitioner submitted several news articles noting Petitioner’s use of the trademark prior to 2012.  The TTAB found that this established Petitioner had priority over the Respondent.  Give that the Petitioner established priority and a likelihood of confusion, the TTAB granted the petition to cancel Respondent’s trademark registration.