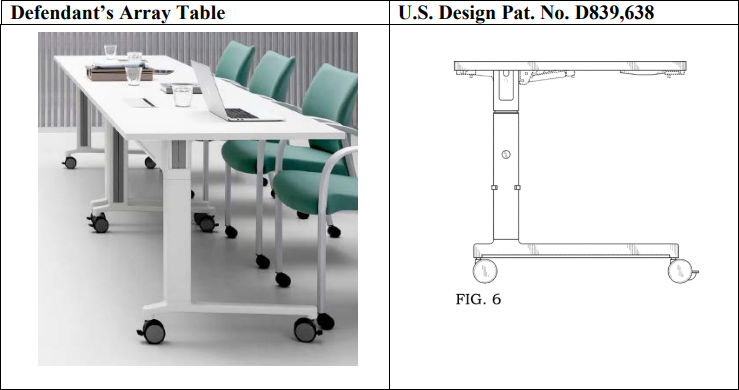 A patent is a set of exclusive rights granted to the inventor of a new invention.  Patents on inventions fall into two major categories, utility patents and design patents.  A utility patent is a patent that covers an invention that relates to a new or improved product, process or machine. A design patent allows an inventor to protect the original shape or surface ornamentation of a useful manufactured article.  Both types of patents grant the owner of the patent the exclusive right to make, use, sell and import the invention in the United States.  If someone other than the owner of the patent attempts to exercise one of these exclusive rights that can be considered patent infringement.

While utility patents and design patents are similar in the rights that they grant, the subject matter protected by each type of patent is substantially different.  A utility patent covers the functional aspects of a machine or process and claim many different aspects of the invention. A design patent has only one claim which covers the shape, surface ornamentation or a combination of the two, of an article of manufacture.  Surface ornamentation is a pattern or picture applied to a product.  A design patent protects only the appearance of the article and not structural or utilitarian features.  A design patent cannot claim a purely functional design.  A design patent is invalid if its overall appearance is dictated by its function. But as long as the design is not primarily functional, the design claim is not invalid, even if certain elements have functional purposes.

Design patents can be tricky when the invention described in the patent is a common household object, such as a piece of furniture.  A design patent is infringed if an ordinary observer would think that the accused design is substantially the same as the patented design when the two designs are compared in the context of the prior art.  When the invention is intended to have a minimalist design, that complicates matters.  Design patents do not cover the functional aspects of a design and reducing a design down to its most minimal features leaves little space between design and function.  Similarly, a minimalist design is difficult to distinguish from the prior art because there is so little difference between the patented design and the prior art.

Taken at face value the plaintiff has a strong argument, however the invention covered by the design patent is a very minimalist design and there are some minor difference between the designs.  It will be interesting to see what issues the defendant raises when it answers the complaint.