Do two incompatible machines make an invention obvious? IN RE: EARLEY 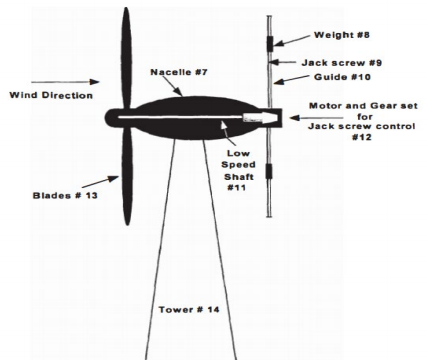 Do two incompatible machines make an invention obvious? IN RE: EARLEY

A patent is a government granted monopoly on an invention for a limited period of time. To be granted a patent in the United States an inventor must file a patent application with the United States Patent and Trademark Office.  The patent application must meet many requirements to be granted.  The most important requirements are that the invention is new, useful and not obvious.  While these may seem like simple requirements, the patent law definition of these words is not the same as the dictionary definition.

Whether an invention is obvious under patent law depends on the prior art and the knowledge of an ordinary person skilled in the area of technology to which the invention relates.  To be obvious every aspect of an invention must be described in the prior art or would have been obvious to a person having ordinary skill in the art.  Prior art is any public published information.  Patents and patent applications are the most commonly cited forms of prior art, however research papers and sales brochures can also qualify as prior art.  During the patent application process the United States Patent and Trademark Office will review publications world wide for relevant pieces of prior art.

Under the framework of prima facie obviousness, the patent examiner must first set forth a prima facie case, supported by evidence, showing why the claims at issue would have been obvious in light of the prior art.  Once the
examiner sets out this prima facie case, the burden shifts to the patent applicant to provide evidence, in the prior art or beyond it, or argument sufficient to rebut the examiner’s evidence. The examiner then reaches the final determination on obviousness by weighing the evidence establishing the prima facie case with the rebuttal evidence.  If this weighing shows obviousness by a preponderance of the evidence, then the claims at issue are unpatentable. This burden-shifting framework makes sense during patent examination because an examiner typically has no knowledge of objective considerations, and those considerations may not be available until years after an application is filed.  To better understand how this process works it is helpful to review case law.

Matthew Earley is the named inventor on U.S. Patent Application No. 12/925,235 (the ’235 application) filed on October 18, 2010.  The patent was titled “Fixed Pitch Wind (or Water) Turbine with Centrifugal Weight Control (CWC).” The ’235 application involves fixed-pitch wind or water turbines with centrifugal weight control. The examiner rejected claims 26–29 of the ’235 application for obviousness based on one of Mr. Earley’s prior patents, i.e., U.S. Patent No. 6,949,842 (the ’842 patent), in combination with U.S. Patent No. 3,942,026 (Carter) and U.S. Patent Publication No. 2010/0207396 (Simon).  The examiner determined that the ’842 patent disclosed all claim elements except (1) an extended vertical shaft, (2) a gearbox with a multi-geared transmission, and (3) an induction-type generator.  And the examiner concluded that it would have been obvious to one skilled in the art at the time the invention was made to use the ’842 patent combined with the prior art cited by the examiner to fill in the missing elements.  Mr Early pointed out to the examiner that using the induction motor described in Simon with the machine described in the ‘842 patent would result in an inoperable machine.

The Patent Trial and Appeal Board affirmed the examiner’s rejections and Mr. Earley appealed to the Court of Appeals for the Federal Circuit.  The primary challenge on appeal was the Board’s determination of obviousness based on the ’842 patent, Carter, and Simon. Mr. Early claimed that using the induction generator described in Simon would result in an inoperable machine, therefore it would not have been obvious.  The Federal Circuit noted that the correct inquiry is not limited to actual, physical substitution of elements.  The test for obviousness is what the combined teachings of the references would have suggested to a person having ordinary skill in the art.  Mr. Early failed to present evidence to contradict the idea that a person having ordinary skill in the art would have modified the induction generator from Simon to make the machine operate.  The Federal Circuit affirmed the Board’s determination because it was based on substantial evidence.

Do two incompatible machines make an invention obvious? IN RE: EARLEY was last modified: December 19th, 2020 by emc_uspatentlaw