Expert testimony on obviousness does not incorporate the argument by reference. 3M v. EVERGREEN 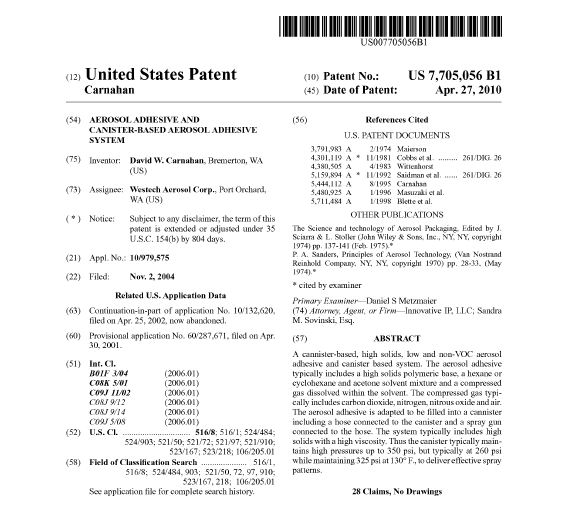 Expert testimony on obviousness does not incorporate the argument by reference. 3M v. EVERGREEN

After a patent is granted it is not immune from attack. Inter partes review is a trial proceeding conducted at the Patent Trial and Appeal Board to review the patentability of one or more claims in a patent only on a ground that could be raised under §§ 102 or 103, and only on the basis of prior art consisting of patents or printed publications.  The inventor and the patent examiner do their best to consider all the relevant prior during the patent application process, but sometimes relevant prior art is overlooked.  If a member of the public discovers a piece of prior art which anticipates a patent which has been granted they may request an inter partes review of the patent.  An inter partes review can result in invalidation of some or all of the claims of a patent.

Obviousness is a question of law based on underlying findings of fact. Those underlying findings of fact include: (1) “the scope and content of the prior art,” (2) “differences between the prior art and the claims at issue,” (3) “the level of ordinary skill in the pertinent art,” and (4) the presence of evidence of secondary considerations, such “as commercial success, long felt but unsolved needs, failure of others,” and unexpected results.  The Patent Trial and Appeal Board decides whether the petitioner has met this burden.

If the Board’s decision is appealed by either the petitioner or the respondent, the decision of the Board will be reviewed to see if it supported by substantial evidence.  The Court of Appeals for the Federal Circuit hears appeals from the Board and will not substitute its own opinion if the Board’s decision is supported by substantial evidence.  This is common practice in courts, the original court scrutinizes the facts and applies the law.  Appellate courts review the record to see if the evidence is sufficient to support the factual findings and the law was applied correctly, but the facts of the case are not scrutinized again.

This case revolves around U.S. Patent No. 7,705,056 titled “Aerosol Adhesive and Canister-Based Aerosol Adhesive System.”  The patent teaches a method of manufacturing an aerosol can that delivers the same amount of flow as the propellant pressure decreases.

After the hearing the PTAB agreed with Petitioner that certain claims of the ’056 patent are invalid as obvious, but
the PTAB determined that Petitioner had failed to demonstrate that dependent claims 3 and 4 would have been obvious.  Petitioner argued that its expert witness has testified as to how those claims would have been obvious and requested a rehearing.  The PTAB denied the rehearing because the obviousness arguments had not been asserted in Petitioner’s brief. Petitioner then appealed to the Court of Appeals for the Federal Circuit.

The Federal Circuit noted that Petitioners for inter partes review are allowed to cite and rely on expert witness testimony to support an assertion.  However, if an argument is  not advanced in the briefing and is referenced only through citation to the expert reports, the PTAB is not obligated to make a party’s argument for them.  The take away from this case is that every argument against patentability must be fully briefed, it is not enough for a witness to mention something during testimony.

Expert testimony on obviousness does not incorporate the argument by reference. 3M v. EVERGREEN was last modified: June 28th, 2021 by emc_uspatentlaw