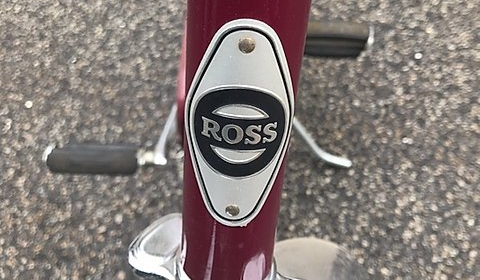 A trademark is something that a product seller uses to identify its products from competing products.  A word, phrase or symbol is what most people commonly think of as a trademark, but anything that a product seller uses to distinguish its products from competitor’s products can be granted trademark protection.  Obtaining a right to a trademark law in the United States is based on using the trademark in commerce. The first person to use a trademark to brand products is considered the senior user and has priority over junior users of a trademark. A trademark can be registered with the United States Patent and Trademark Office to strengthen the rights associated with a trademark, however registration is not required to begin using a trademark to brand products.

ROSS BICYCLES LLC v. CENTURY SPORTS, INC., Cancellation No. 92067406 (TTAB 2020) is a case which illustrates when a trademark can be canceled for abandonment.

This case centers on the trademark ROSS registered on March 26, 1974, Registration No. 980887, for “bicycles and structural parts thereof,” in International Class 12.  The trademark was acquired by Century Sports (“Respondant”) on July 23, 2013 from a bankruptcy sale.

The TTAB noted that the testimony from the Petitioner may have a certain bias however, that testimony establishes a prima facie case of non-use.  Once the Petitioner establishes a prima facie case, it is up to the Respondant to present evidence that it had an intent to resume use of the mark.  Respondant failed to produce evidence that bicycles were actually being offered for sale under the ROSS trademark.

The TTAB ulimately concluded that abandonment is a question of fact. After carefully considering all of the evidence, the TTAB found that Petitioner established by a preponderance of the evidence a prima facie case of abandonment based on three years of nonuse, and that Respondent has not met its burden of rebutting that prima facie case.  Therefore the TTAB granted the petition for the cancellation of the trademark ROSS.