Height control for farm equipment found to be not obvious. DEERE v. GRAMM 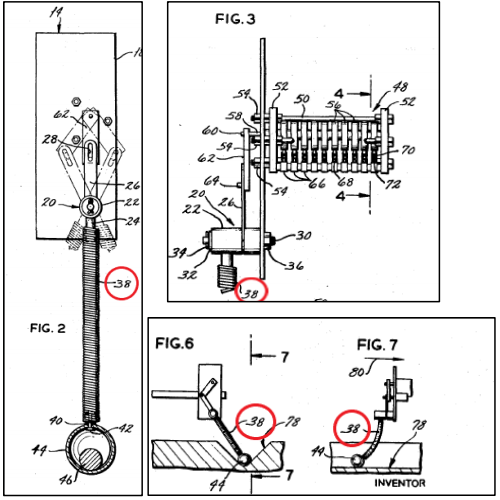 Height control for farm equipment found to be not obvious. DEERE v. GRAMM

Once a patent is granted, the patent is not immune from review.  If a member of the public discovers prior art which would anticipate (35 U.S.C. §102) or render a patented invention obvious (35 U.S.C. §103), that member of the public can request an inter partes review (IPR).   IPR is a trial proceeding conducted at the Patent Trial and Appeal Board (PTAB) to review the patentability of one or more claims in a patent.  The evidence that can be submitted in an IPR is limited to patents or printed publications which would qualify under §§ 102 or 103 and expert testimony to explain those publications. At the conclusion of an IPR the PTAB may invalidate all, some or none of the claims of the patent.

Appellee in this case owns U.S. Patent 6,202,395 (the “’395 patent”) which is directed to an “apparatus for detecting and controlling the height above the soil of an agricultural machine as it traverses a field.”  The patent claims an invention which keeps a combine harvester from hitting the soil while traveling in a field, while also keeping the combine close enough to the soil to effectively harvest crops.  To control the vertical movement of the harvester the ’395 patent uses a spring to press a ground sensor toward the ground at a specific angle.

Appellant filed an IPR claiming that the ’395 patent was obvious in light of U.S. Patent 3,611,286 by Cleveland.  Cleveland teaches an apparatus to vary the high of farm equipment traveling over uneven soil.  Cleveland teaches a spring that touches the ground to adjust the vertical height of farm equipment.  The PTAB found a number of the ’395 patent claims to be obvious in light of Cleveland but declined to invalidate all of the claims.  The case was then appealed to the Court of Appeals for the Federal Circuit.

The primary issue on appeal was whether a spring in Cleveland performed the same function as a spring in the ’395 patent.  Appellant argued that the PTAB made a claim construction error when it found that the spring in Cleveland performed a different function than the spring in the ’395 patent.  Appellee argued that Appellant was trying to get a second review of the PTAB’s factual findings.

Height control for farm equipment found to be not obvious. DEERE v. GRAMM was last modified: February 7th, 2021 by emc_uspatentlaw