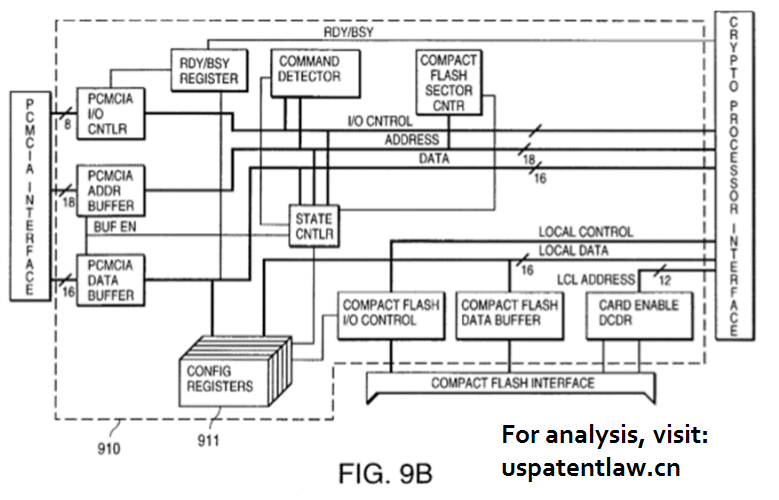 A patent is a set of exclusive rights granted to an inventor for an invention.  The public policy for granting patents is to encourage the sharing of knowledge.  Inventors that are granted a patent are rewarded for sharing their knowledge, with a monopoly on the invention for a limited period of time.

A patent is a complicated document with several different sections.  The specification is like a little story about the state of technology in a specific field of knowledge and how the invention fits into that field. The claims of a patent are like property lines on a map.  Elements of an invention can be described in the specification section of the patent, but if those elements are not claimed then the patent does not cover those elements. Similarly, a claim can cite a broad concept, but if elements of a concept are not described in the specification than those elements are not considered part of the patent.  Claims such as these are easily identified because they contain the phrase “means for.”

Claiming an element by what it does rather than what it is, is provided by 35 U.S.C. 112(f) – Element in Claim for a Combination – An element in a claim for a combination may be expressed as a means or step for performing a specified function without the recital of structure, material, or acts in support thereof, and such claim shall be construed to cover the corresponding structure, material, or acts described in the specification and equivalents thereof.

In a patent infringement case the elements that are covered by “means for” claim are defined in a Markman hearing. A patent infringement case typically turns on how a court interprets the claims of a patent in a Markman hearing.  The specification , drawings, and the prosecution history are all evidence used to interpret the claims of a patent. The claims are interpreted from the perspective of a person having ordinary skill in the art (PHOSITA).  A PHOSITA is a hypothetical person that is familiar with the technology that the invention is related.  The PHOSITA is deemed to read the claim term not only in the context of the particular claim in which the disputed term appears, but in the context of the entire patent, including the specification.

The ultimate construction of a claim term is a legal question reviewed de novo, while underlying factual determinations made by the district court are reviewed for clear error.

SPEX TECHNOLOGIES, INC., v. WESTERN DIGITAL CORP., 2020-1283 (C.A.F.C. 2021) is a case where patent infringement was not found because the defendant was using means to accomplish a task that were not cited in the specification.

Plaintiff  owns U.S. Patent No. 6,088,802 entitled “Peripheral Device With Integrated Security Functionality”.    The patent discloses a device, such as a portable hard drive, that performs security operations on data transmitted between itself and a computer.  The novel aspect of the patent is that the security functions performed by the  peripheral device is transparent from the host computer.  Plaintiff sued Defendant for  infringement of the ’802 patent.

The district court found that the terms were indefinite under 35 U.S.C. § 112, no reasonable jury could find that Defendant’s accused products infringed because Plaintiff could not point to a single equivalent structure, and instead selected various individual components spread out in the accused product.  Defendant then appealed to the Court of Appeals for the Federal Circuit.

The Federal Circuit noted that “Under 35 U.S.C. § 112(b) and (f), a means-plus-function clause is indefinite if a person of ordinary skill in the art would be unable to recognize the structure in the specification and associate it with the corresponding function in the claim.”  With respect to the “means for mediating” the Federal Circuit affirmed the District Court’s ruling.  With respect to the “means for providing” the Federal Circuit reversed and remanded the District Court’s finding of indefiniteness because, the ’802 patent specification combined with unrebutted testimony from Plaintiff’s expert witness testimony,  created a link between the specification and the claimed function.  However, the Federal Circuit seemed to indicate if there were expert testimony in favor of the Defendant, this decision would have been affirmed as well.