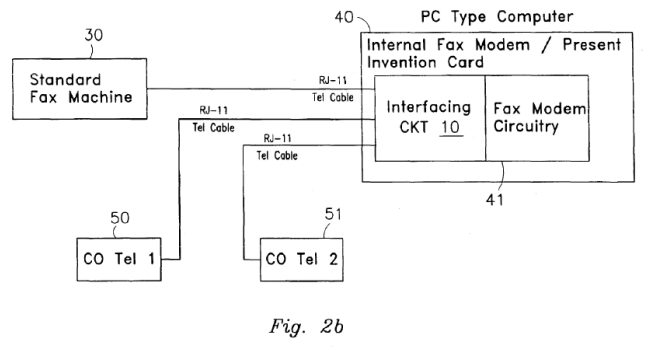 A patent is a complicated document with several different sections.  The claims of a patent are like property lines on a map.  Elements of an invention can be described in the specification section of the patent, but if those elements are not claimed then the patent does not cover those elements.  All patent specifications shall conclude with one or more claims particularly pointing out and distinctly claiming the subject matter which the inventor or a joint inventor regards as the invention. 35 U.S.C. § 112(b).  The claim language must be “definite” to comply with 35 U.S.C. 112(b).

A patent claim is indefinite if it fails to inform a person having ordinary skill in the art about the scope of the invention,  with reasonable certainty.  Reasonable certainty does not require absolute or mathematical precision.  However case precedent has found patent claims to be indefinite when there is more than one way to measure a physical characteristic and the patent specification does not disclose how the inventor is measuring.  The primary purpose of this requirement of definiteness of claim language is to ensure that the scope of the claims is clear so the public is informed of the boundaries of what constitutes infringement of the patent.

Normally the United States Patent and Trademark Office will refuse to issue a patent when a patent claim is indefinite. The inventor will be required to amend the patent application to provide enough information so that the enablement requirement is satisfied.  But sometimes the United States Patent and Trademark Office misses something and a patent gets issued which does not fulfill the definiteness requirement of 35 U.S.C. 112(b).

INFINITY COMPUTER PRODUCTS, INC., v. OKI DATA AMERICAS, INC., 2020-1189 (C.A.F.C. 2021) is an example of a case where a patent was invalidated because the claims of the patent were found to be indefinite.

During the life of the patent Plaintiff had to distinguish the patent from the prior art.  During prosecution of the patents Plaintiff had to over come prior art rejections for anticipation.  The patent examiner noted that U.S. Patent No. 5,452,106 (“Perkins”), discloses using a fax machine as a scanner or printer for a computer.  The Plaintiff overcame this rejection by requiring a “passive link” between the fax machine and the computer.  The ’811 patent was later the subject of three ex parte reexaminations.  In one reexamination Plaintiff had to antedate its patent from, U.S. Patent No. 5,900,947 (“Kenmochi”).  In the reexamination Plaintiff definition for “passive link” was different than the one used to over come Perkins.

At trial Defendant argued that Plaintiff took one position to overcome Perkins and a different overcome Kenmochi making the definition of “passive link” indefinite.   At trial the district court found that Plaintiff had taken materially inconsistent positions regarding the extent of the claimed “passive link”— specifically, whether it ends at the I/O bus inside the computer (as argued to distinguish Perkins) or merely at the computer’s port (as argued to antedate Kenmochi).   Based on this finding the trial court held that the ’811 patent was invalid because the claimed term “passive link” was indefinite.  Plaintiff the appealed to the Court of Appeals for the Federal Circuit.

The Federal Circuit found that at prosecution Plaintiff argued that a “passive link” does not allow for intervening circuitry, like a fax modem, between the fax machine and the I/O bus of the computer.  During reexamination, Plaintiff contended that the passive link did  include intervening circuitry between the fax machine and the computer’s I/O bus.  This contradictory position leaves an ordinarily skilled artisan without reasonable certainty as to what the ’811 patent claims, therefore the patent is indefinite.  Based on these findings the Federal Circuit affirmed the district court’s judgment.