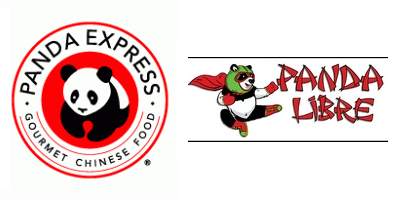 When a product is counterfeited with the intent of tricking consumers into buying counterfeit products, it is easier to prove trademark infringement.  But when two trademarks are independently developed and just happen to be similar it is much more difficult to prove trademark infringement.  When presented with a trademark infringement case a court will apply the Polaroid factors.  These factors are derived from a Court of Appeals for the Second Circuit decision, so courts in other circuits can have slightly different factors, but most circuits follow a similar model.  Briefly, the Polaroid factors look at: 1.  Strength of the senior user’s mark, 2. Similarity of the marks, 3. Similarity of the products or services, 4. Likelihood that the senior user will sell the same products as the Junior user, 5. The junior user’s intent in adopting the mark, 6. Evidence of actual confusion, 7. Sophistication of the buyers, 8. Quality of the junior user’s products or services, and 9. related products and services.

PANDA RESTAURANT GROUP INC v. PANDA LIBRE HOLDINGS LLC, 20-cv-00364 (D.AZ 2019) is a case which will turn on how the court applies the Polaroid factors to the facts of the case.  The plaintiff operates restaurants in north america using the trademark PANDA EXPRESS.   The name of the restaurant was inspired by the friendship between the United States and People’s Republic of China, symbolized by Ling-Ling and Hsing-Hsing, the famous pandas given as gifts to the people of the United States by China after President Nixon’s historic 1972 visit.  The plaintiff has multiple trademark registrations that include the word panda and the image of a panda which have been used in commerce starting in 2973. PANDA EXPRESS is the largest Asian-American restaurant chain in the United States with over 1,900 stores, 30,000 associates and $2 billion in sales, and also the largest family-owned restaurant in America.  The defendant’s trademark is reproduced above on the left.

The defendant has not answered the complaint yet, but what the answer will contain is no mystery.  While both trademarks feature pandas, the defendant can make a strong argument that the trademarks are different enough that consumer confusion is unlikely.  What it comes down to is what evidence the respective parties can produce to demonstrate that the Polaroid factors favor their side.