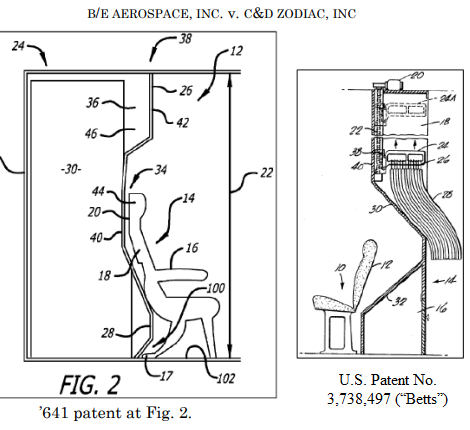 After a patent is granted it is still subject to review.  The America Invents Act introduced inter partes review, which is a method to get a patent declared invalid.  Inter partes review is a trial proceeding conducted at the Patent Trial and Board (PTAB) to review the patentability of one or more claims in a patent only on a ground that could be raised under §§ 102 or 103, and only on the basis of prior art consisting of patents or printed publications.

Inter partes review is a quasi judicial proceeding performed by the PTAB.  This means that there are certain formalities that must be followed.  One of those formalities is that all decisions of the PTAB must be explained and supported by the evidence.  Final decision of the PTAB are reviewed by the Court of Appeals for the Federal Circuit.  Obviousness is a question of law with underlying factual findings relating to the scope and content of the prior art; differences between the prior art and the claims at issue; the level of ordinary skill in the pertinent art; the presence or absence of a motivation to combine or modify prior art with a reasonable expectation of success; and any objective indicia of non-obviousness.  The Federal Circuit reviews the PTAB’s obviousness conclusion de novo and its
factual findings for substantial evidence.

Petitioner, C&D Zodiac, Inc. (“Zodiac”), challenged two patents owned by B/E Aerospace, Inc. (“B/E”), U.S. Patent No. 9,073,641 (“the ’641 patent”) and U.S. Patent No. 9,440,742 (“the ’742 patent”).  The patents relate to space-saving technologies for aircraft enclosures such as lavatory enclosures, closets, and galleys.  The inventions disclosed in the patents relate to space-saving modifications to the walls of aircraft enclosures. The inventions are not directed to the structures contained within those walls.

The prior art disclosed a contoured forward facing wall to receive a tilted back rest.  The PTAB found that a skilled artisan would have found it obvious to further modify the prior art to passenger seat supports.  The PTAB found that recesses configured to receive seat supports were “known in the art” and that “it would have been a matter of common sense” to incorporate the aspects of the ‘641 patent that were not explicit noted in the prior art. B/E appealed the PTAB’s decision.

On appeal B/E argued that the obviousness determination was erroneous because it improperly incorporated a limitation not disclosed in the prior art. The Federal Circuit held that the challenged claims would have been obvious because modifying the prior art to include the limitation of the patent was nothing more than the predictable application of known technology.  A person having ordinary skill in the art would have see the benefit of modifying the prior art to achieve the invention described in the ‘641 patent.

The Federal Circuit also noted that common sense has long been recognized to inform the analysis of obviousness if explained with sufficient reasoning.  In the present case the PTAB dedicated 8 pages of analysis to why common sense made the ‘641 patent obvious.  The Federal Circuit concluded conclude that the PTAB’s final determination of obviousness was correct, and affirmed the decision.