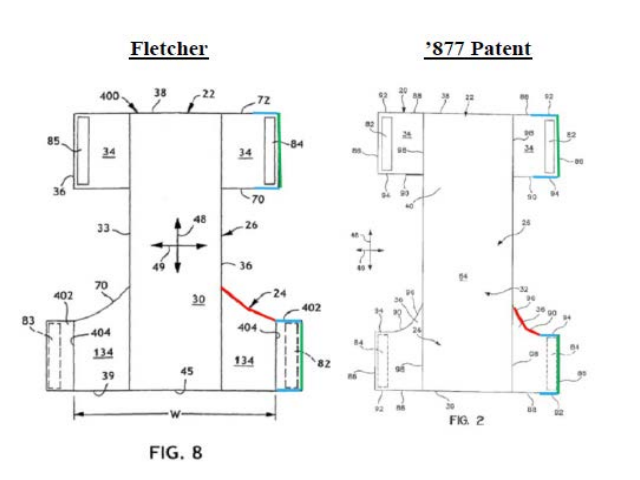 Once a patent is granted, the patent is not immune from review.  If a member of the public discovers prior art which would anticipate or render a patented invention obvious, that member of the public can request an inter partes review.  Inter partes review is a trial proceeding conducted at the Patent Trial and Appeal Board to review the patentability of one or more claims in a patent only on a ground that could be raised under §§ 102 or 103, and only on the basis of prior art consisting of patents or printed publications.  Institution of an inter partes review is not automatic, a petitioner must demonstrate a likelihood they would prevail with respect to at least one claim challenged.  The evidence that can be submitted is limited to patents or printed publications which would qualify under §§ 102 or 103 and expert testimony to explain those publications.  A the conclusion of an inter partes review the Board may invalidate all, some or none of the claims of the patent.

FIRST QUALITY BABY PRODUCTS, LLC, v. KIMBERLY-CLARK WORLDWIDE, INC., IPR2018-00519 (PTAB 2019) is an example of an inter partes review where only some of the claims of a patent were invalidated.  U.S.
Patent No. 8,556,877 B2 is the subject of this inter partes review.  The patent relates to an absorbent pant garment having a refastenable seam formed between front and back side panels, with fastening components on the front and back side panels, i.e. a diaper.  The petitioner manufactures diapers and presented two pieces of prior art to demonstrate that the patent was anticipated and/ or obvious.  The prior art is referred to by the name of the primary author of the publication.  Fletcher, is  a patent application filed by Kimberly Clark and was published in 2000.  Allen, is a patent which was granted in 2000.

Even though the Patent Trial and Appeal Board did not completely invalidate the patent, the invalidation of such a large number of patent claims make it significantly less likely that a patent will be infringed.