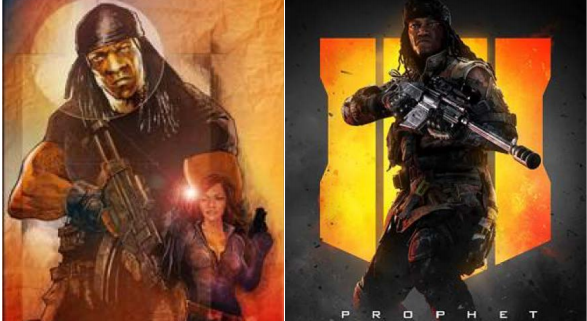 A copyright is a set of exclusive rights granted to the creator of a new artistic work. Copyright law in the United States applies to a variety of different creative arts including books and movies. When an author creates a new work, the author is granted a copyright on the work. A copyright grants the author the exclusive right to reproduce, distribute, display, perform, transmit and make derivative works based on the original. If someone other than the owner of the copyright attempt to exercise one of these exclusive rights that can be considered copyright infringement.

While the plaintiff has a point that his character and the defendant’s character look similar, the pleadings fail to show more than that. Both characters are muscular, African American men who are soldiers. However to successfully claim copyright infringement, a plaintiff must show that the characters share more traits than merely physical appearance, there must be similarities in backstory and personality.