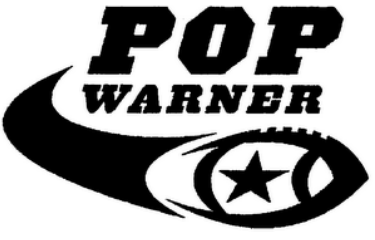 Trademark law is intended to protect consumers from being tricked into buying inferior quality goods.  A trademark is something that a manufacturer uses to brand its products.  Traditionally a trademark is considered a word phrase or symbol, but anything that signals to consumers the identity of the product manufacturer can be eligible for trademark protection.  The first user of a trademark is referred to as the senior user, subsequent users are called junior users.  Trademark law grants the senior user a trademark owner the exclusive right to brand its products with a trademark.  If someone other than the trademark owner starts branding products with a trademark in a way that is likely to cause consumer confusion, that can be considered trademark infringement.

The rights granted to a trademark owner are relatively broad, however there are some limits.  Trademark fair use, is a legal doctrine that provides an affirmative defense to trademark infringement.  Trademark fair use falls into two general categories, descriptive fair use and nominative fair use.  Descriptive fair use allows the use of a competitors trademark, when the trademark has a descriptive property, to describe the qualities of a product.  Nominative fair use allows a business to use the trademark of a competitor as a reference to describe the other product, or to compare it to their own. Fair use is a defense which must be plead by a defendant in a trademark infringement lawsuit.

When a court is presented with fair use defense it will apply a test which was first articulated in New Kids on the Block v. News America Publishing, Inc., 971 F.2d 302 (9th Cir. 1992).  The nominative fair use test essentially states that one party may use or refer to the trademark of another if:

Plaintiff in this case is a nonprofit organization that provides American football, cheerleading, and dance for over 325,000 youths aged five to sixteen years old, in several nations. It is the largest youth football organization in the United States. Plaintiff is the only national youth sports organization in America that requires its participants to
perform well academically before permitting them to play.  Plaintiff owns two Federal Trademark Registrations.
Registration No. 0816322 for the word mark “POP WARNER” (the “Word Mark”), covers organizing and servicing boys’ football teams to promote sportsmanship and scholarships.  Registration No. 3261740 (the “Design Mark”), covers clothing, including uniforms, as well as organizing and conducting youth football, flag football, and cheerleading teams to promote sportsmanship and scholarship.  Plaintiff’s design mark is reproduced above.

Defendant in this case is a manufacturer, distributor and retailer of apparel including sports uniforms.  Defendant operates a subsidiary brand CHAMPIONS which sells products on its website and at retail locations.  Some of Defendant’s online advertisements include the phrase “POP WARNER FOOTBALL UNIFORMS”. Plaintiff filed suit claiming that Defendant’s use of POP WARNER in advertisements infringes on Plaintiff’s trademark rights.

This case will turn on whether POP WARNER is a descriptive term for youth football leagues.  If the Defendant can show that using the term POP WARNER is needed to describe football uniforms intended for kids, then they will have a strong argument that their use is a nominative fair use.  It all depends on what evidence the parties can present to the court.