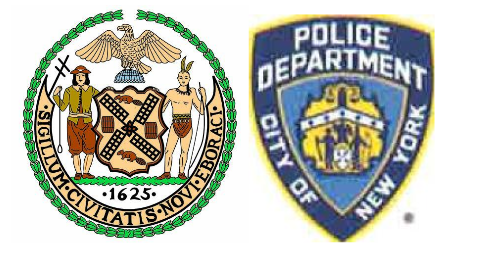 United States trademark law has a broad definition for what can be granted trademark protection.  However there are certain things which are explicitly excluded from trademark status.  15 U.S.C. §1052 states that no trademark by which the goods of the applicant may be distinguished from the goods of others shall be refused registration on the principal register on account of its nature unless it (b) Consists of or comprises the flag or coat of arms or other insignia of the United States, or of any State or municipality, or of any foreign nation, or any simulation thereof. This means that the flags of nations cannot be claimed as a trademark by anyone.

The Trademark Manual of Examining Procedure goes into more detail on the subject in § 1204.   Registration on either the Principal Register or the Supplemental Register of trademarks that consist of or comprise the flag, coat of arms, or other insignia of the United States, of any state or municipality of the United States, or of any foreign nation is barred.   The question then becomes, what about other services operated by a municipality?  Municipal seals and logos cannot be registered, but due to the nuances of government law in the United States, municipalities can operate departments or companies that perform services for the public.  In the case of famous cities like New York City,  the police and fire services are highly respected and consumers will pay more for a product which bear their logos.  Can a police department or fire company trademark their logo?

A case which deals with this question directly is THE CITY OF NEW YORK v. BLUE RAGE, INC. d/b/a The Cop Shop, 17-CV-3480 (S.D.NY 2017).  The plaintiff in this case is The City of New York.  The plaintiff claims ownership of all trademarks, logos, names and insignia associated with the New York Police Department, including the abbreviation“NYPD” (the “NYPD Trademarks”), and  Fire Department of the City of New York, including the abbreviation“FDNY” (the “FDNY Mark”).  The plaintiff has registered each of these trademarks with the United States Patent and Trademark Office in several  classes of merchandise.  The plaintiff licenses the use of its trademark to various manufacturers and generates annual retail sales of tens of millions of dollars, the vast majority attributable to the sale of officially licensed NYPD and FDNY souvenir merchandise.

The defendant in this case is a store in New York operated by a retired police officer. In 2017 investigators for the plaintiff discovered that the defendant was selling merchandise which featured the NYPD and FDNY trademarks.  The plaintiff filed suit for trademark infringement.  The defendant responded with a motion for summary judgement which asserted several defenses and counter claimed for cancellation of the plaintiff’s trademark registrations.

The judge found in favor of the plaintiff.  The judge held that 15 U.S.C. §1052 does not bar the registration of trademarks of departments or agencies within a government, in fact many marks used by other municipal agencies have been registered as trademarks.  The similar elements shared by the NYPD shield (reproduced above) and the New York City official seal, does not elevate the NYPD shield to an insignia of a municipality for the purpose of 15 U.S.C. §1052.  The defendant asserted that consumers knew the NYPD and FDNY trademarks were being used as decorations rather than trademarks because the store had disclaimer signs around the store.  The judge found that the signs actually indicated the defendant knew it was capitalizing on the goodwill of the plaintiff’s trademark and there was a strong likelihood of consumer confusion. The judge left the issue of damages to be determined at trial.