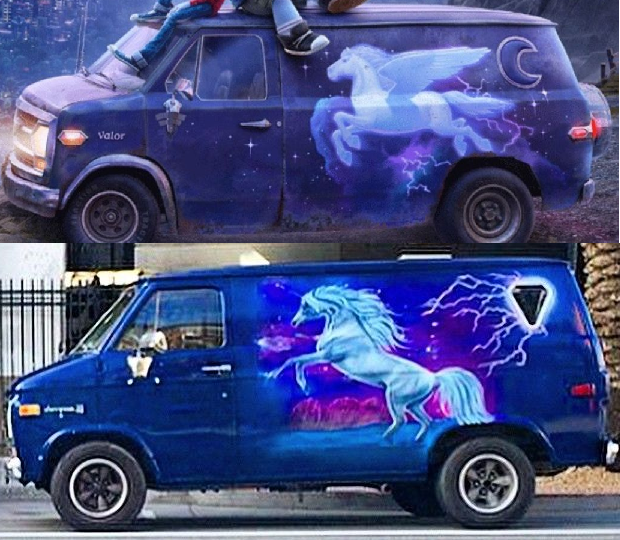 To win a claim of copyright infringement a plaintiff must show they own a valid copyright, and that the defendant actually copied the work.  Direct copying is proven by showing that an exact reproduction of the copyrighted work was made.  Absent evidence of direct copying, proof of infringement involves proving that the defendant had access to the plaintiff’s work and that the two works are substantially similar.  Under the doctrine of substantial similarity, a work can be found to infringe copyright even if the wording of text has been changed or visual or audible elements are altered.

The substantially similar test is intended to protect the main purpose of copyright law, ie the advancement of science and the useful arts.  Frequently creators are inspired by the works of other creators. Drawing inspiration from an earlier work is not considered copyright infringement because copyright law protects the expression of ideas, not the ideas themselves. However there is a fine line between inspiration and imitation.   If a new work is substantially similar to a prior work, then copyright infringement may have occurred.  Proof of substantial similarity is satisfied by a two part test of extrinsic similarity and intrinsic similarity. The extrinsic test is objective in nature and requires the plaintiff to identify specific criteria which it alleges have been copied. Unprotectable elements such as idea, concepts and elements in the public domain are filtered out of the extrinsic test. The intrinsic test is an examination of an ordinary person’s subjective impression of the similarities between the two works, and is the exclusive province of the jury.

SWEET CICELY DANIHER, v. KORI RAE; PIXAR ANIMATION STUDIOS; PIXAR TALKING PICTURES; and WALT DISNEY MOTION PICTURES GROUP, 5:20-cv-00612 (N.D.CA 2020) is a case which will revolve around the question of substantial similarity. The plaintiff in this case is a photographer and artist whose subject matter frequently focuses on unicorns.  The plaintiff owns a van which features a large mural of unicorn.  The unicorn mural was completed by the plaintiff in November 2014 and has been frequently publicly displayed since completion.  Plaintiff registered her claim to the unicorn mural with the Copyright Office, with an effective copyright registration date of December 13, 2019 and a registration number of VA 2-183-283.

The defendant in this case is a major movie studio.  In September 2018 an employee of the Defendant asked to rent the Plaintiff’s van for an employee event.  The employee said that the van would be a show piece and used as a visual prop for the event.  In May 2019 the plaintiff learned that her van had been used as a model for a van which would appear in a movie produced by the defendant.  Merchandise related to the movie was also planned to be released by the defendant, which included toy versions of the van in the movie.

The plaintiff filed a complaint for copyright infringement.  In the complaint she asserts that she has a valid copyright to her van artwork, that the defendant had access to her copyrighted work and that the defendant’s version of a van with a mural was substantially similar to her own.  While the plaintiff makes a strong case for copyright infringement, it is not an air tight case.  With respect to the substantially similar test, there are some differences between the plaintiff’s van mural and the defendant’s creation.  For instance, the plaintiff’s van features a unicorn and the defendant’s creation is a Pegasus, the animals are in different positions, the backgrounds are different and the window on the two vans are different, to name a few differences. The defendant has a valid argument that the two murals are different, whether or not a jury will be convinced is another question.  Most likely this case will settle quickly because the defendant does not want to have litigation looming over the release of their movie.