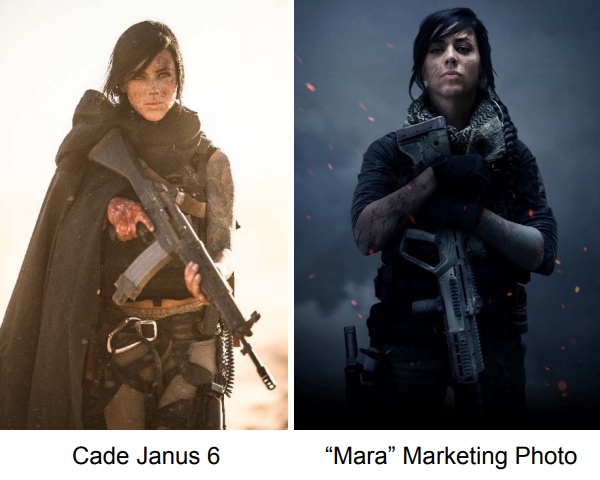 A copyright is a set of exclusive rights granted to someone that creates an original work of authorship. Copyright grants an author the exclusive right to reproduce, distribute, perform, display, transmit and make derivative works based on the original. If someone other than the copyright owner attempts to exercise one of these exclusive rights that can be considered copyright infringement.

But frequently the courts will apply both rules when they are determining whether or not a fictional character is worthy of copyright protection.

CLAYTON HAUGEN, V. ACTIVISION PUBLISHING, INC.,  2:21-cv-00035 (E.D.TX 2021) is a case which will turn on whether the Plaintiff has created a character which is eligible for copyright protection.

Plaintiff in this case wrote two books titled November Renaissance, a story set in the near future. The central character in November Renaissance is Cade Janus, a female vigilante and pariah figure.  Plaintiff wanted to transform his books into movies and had promotional pictures taken using a female model to represent Cade Janus.

This will be an interesting case to watch because the Plaintiff’s claim revolves around a character described in text infringed by a character presented visually  While Plaintiff did have photographs taken of a model, the character he created is expressed in a book.  The question then becomes do Cade Janus and Mara share any traits other than the model used to depict the characters?  If the primary similarity between the two characters is the brunette female model that depicted them in a few promotional photos, the Plaintiff will have a hard time proving the Mara character infringes on Cade Janus.  On top of this, Plaintiff’s case seems to ignore the model’s right to publicity.  The model no doubt gave Plaintiff permission to use her likeness, but it is unlikely she signed away her right to take on new modeling jobs with similar themes.